Anime streaming service Crunchyroll has announced a new game based on the popular anime Mob Psycho 100. The mobile title, Mob Psycho 100: Psychic Battle, will launch sometime in the fall this year. The game is being developed by Crunchyroll Games, a subdivision of Crunchyroll that started releasing digital games last year. Their first game, Memoria Freese, based on the anime Is It Wrong To Pick Up Girls In A Dungeon? launched on mobile devices in spring 2018.

Mob Psycho 100: Psychic Battle will be “an original, turn-based RPG mobile game,” according to a press release from Crunchyroll. The game will feature characters and other key elements from the anime, as players assemble their own “first-in-class dream team” of “psychics, buff guys, and middle school delinquents” to take on “bizarre spirits threatening everyday life in Seasoning City!” Fans can look forward to the original voice cast from the anime reprising their roles in the game. 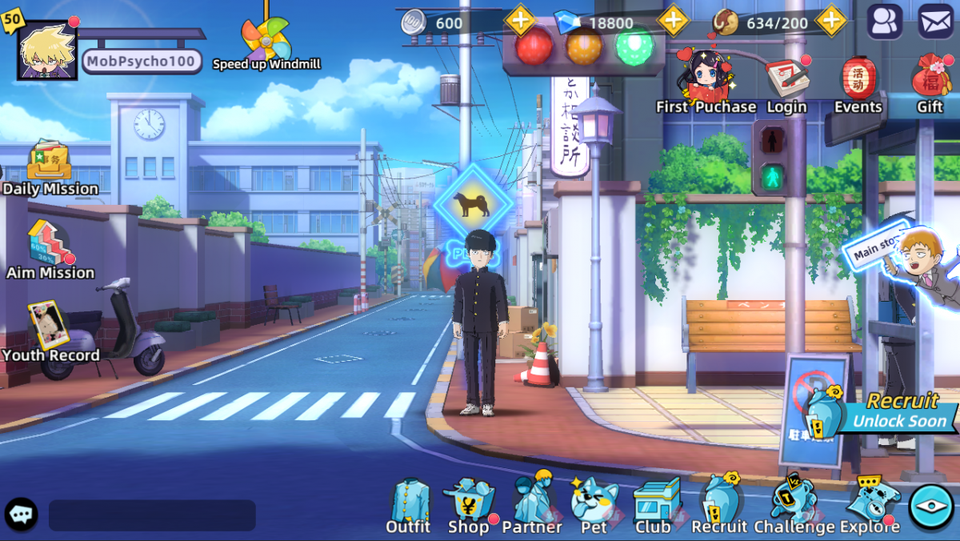 Mob Psycho 100, which was created by the same studio behind the first season of another popular anime, One Punch Man, follows Mob, a middle schooler who must balance his daily life as a student with his powerful psychic abilities. Following its first season in 2017, the second season has been one of the top-viewed simulcast anime on Crunchyroll for the 2019 season.

The game will be available on the App Store and Google Play in countries where Crunchyroll Games is supported, which currently includes the United States (and its territories), New Zealand, Canada, Australia, Denmark, Finland, France, Ireland, Germany, Netherlands, Sweden, Norway, and the United Kingdom. Any fans based in Los Angeles are in luck, as there will be a playable demo at Crunchryoll’s booth at Anime Expo 2019 this weekend in downtown Los Angeles. In the meantime, all fans can pre-register for the game and to receive email updates on Crunchyroll Games’ website.