These are the top 10 best new mobile games of May 2021! It was the quite the month for the mobile game world, and there was a large variety of different kinds of games that hit the scene. Enjoy!

There is always room for minimalist games on a top 10 list! And this month, Lines on Sides makes the list! This new game is not flashy, but it sure is trusty. Reminiscent of popular mobile games past, like Flow, Lines on Sides is a puzzle game where the player is presented with a structure of boxes, dots, and lines, and the player must figure out how to connect all of the lines by turning the pieces. This game does not have a tutorial, which could leave players feeling confused, but once understanding is achieved, the fun begins! 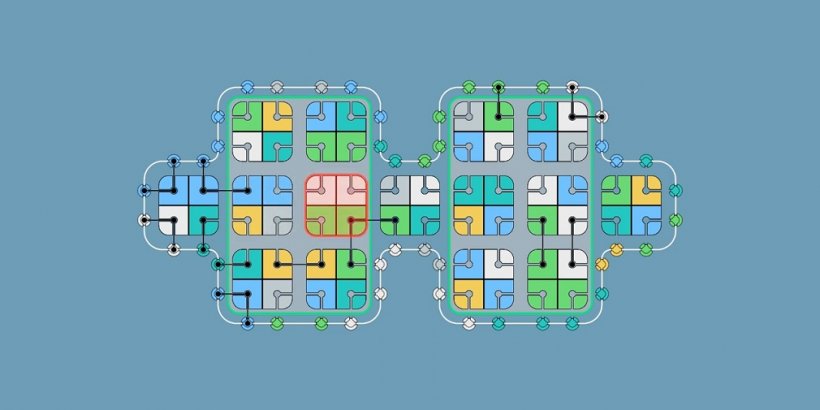 Lines on Sides is available on iOS systems for $0.99.

My Hero Academia: The Strongest Hero Anime RPG puts the gamer in a world where they get to be the hero. This game is set in the city of Honei. Honei is a city with many heroes as well as heroes in training. The gamer’s job is to perform heroic acts in the city of Honei and form alliances with other players. While this game is based on a fabulous and creative central idea, there are definitely some improvements that could be made in the stamina system.

My Hero Academia: The Strongest Hero Anime RPG is available on iOS and Android systems for free.

Quest of Wizard is an Action game in a fantasy setting. Players will go through difficult levels that are full of traps and different enemies. They will fight with bosses, look for chests with gold, open secrets, and learn and upgrade spells. The developer of this game: Alexey Suslin, is wonderful and reputable. And he has outdone himself with this classic, yet current game.

Quest of Wizard is available on Android systems for free.

A huge part of the mobile game demographic are young children. And in thinking of them, Ears and Burgers is added to the list. Ears and Burgers is a cooking game. Players are tasked with making high food towers, making detailed recipes, and exploring the emotions of the rabbit. This game consists of shorter, more simple tasks, which makes for a fabulous brain break.

Ears and Burgers is available on iOS and Android systems for $2.99.

Sky Warriors is available on Android systems for free.

The Spike is available on iOS and Android systems for free.

Bionix is a science, literally. Bionix allows you to create your own creature! With that creature you can collect DNA, eat cells, and even evolve. Bionix mirrors the real life behavior of underwater organisms, and is symbolic of the evolution of ocean life throughout history. Perhaps the best part about Bionix is how stunning it is visually. It is often reviewed as a simple game, but there is a lot of value in simple mobile games.

Bionix is available on Android systems for free.

Real Archery 2021 is a game for non-gamers, which I always think is important to recognize and include those games in the conversation around mobile games. Real Archery 2021 is a first person shooter game where you are an archer trying to shoot a target.  But that target moves around. In Real Archery 2021 you have the option to travel around the world, to Pisa, Paris, and more. I envision this game being played by competitive housewives or fathers, as well as trendy teens. It breeds the desire for a sort of mastery that other games do not.

Real Archery 2021 is available on iOS and Android systems for free.

If you are looking for some comic relief, look no further, Angry Dad is here for you! Angry Dad is quite literally a game about an ordinary dad trying to watch a football game but getting interrupted by normal dad things. Like his children needing something. When the angry dad gets interrupted, his stress level increases. What is the player’s job you may ask? Well, your job as a player is to help keep this dad’s stress level low. This game is simultaneously hilarious and challenging.

Angry Dad is available on Android systems for free.

Cosmic Challenge Racing is available with iOS and Android systems for free.