As if we weren’t excited enough for the Assassin’s Creed: Syndicate’s release next month, Sony has hyped us up even more with their announcement from earlier today. Sony took to its PlayStation blog and announced a PS4 bundle pack for the newest entry in the Assassin’s Creed franchise.

The bundle pack will come with a 1TB Jet Black PS4, a physical copy of Assassin’s Creed Syndicate and a digital download of Watch Dogs free. 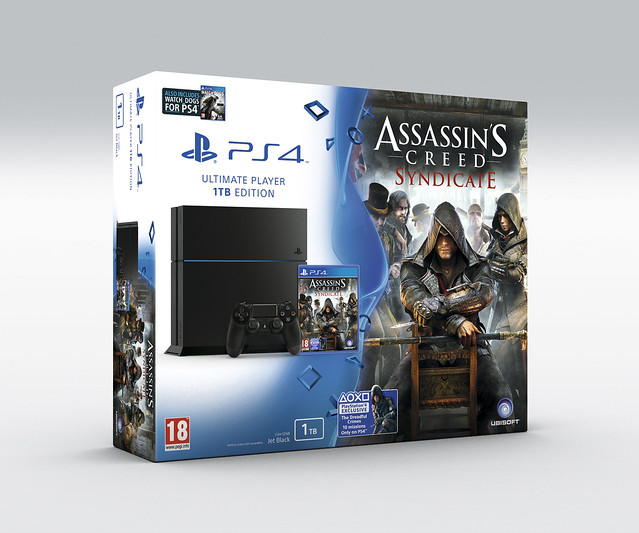 Players will also receive 10 exclusive missions known as “The Dreadful Crimes”. The Penny-Dreadful themed missions take inspriation from the 19th century pocket novels that were published in London at the time. The popularity of the novels grew exponentially through the working class due to its focus on the sensationalized crimes.

The Dreadful Crimes Mission Pack aims to explore the roots of the fad the swept through London through the eyes of Artie, a connoisseur of detective stories, as he teams up with Henry Raymond, a famous Penny Dreadful journalist.

The Dreadful Crimes mission pack will be available on day one of release of Assassin’s Creed: Syndicate and the PS4 bundle will be making its way to players on October 23rd.