Though the second Pokémon Go Fest event this summer is currently taking place in Dortmund, Germany, Niantic has added some in-game features for players worldwide to include everyone in the celebration. As of earlier today, there are increased spawns of male Nidoran everywhere. Lucky players may even encounter one in its Shiny version for the first time in Pokémon Go.

Aside from Nidoran, there is a Global Challenge that all players can participate in. As players complete research tasks, they earn points for their in-game team (Valor, Instinct, or Mystic). For this Pokémon Go fest, the Global Challenge is being led by the Team Valor leader, Candela.

Time to mobilize, #TeamInstinct, #TeamMystic, and #TeamValor!
Can Team Valor Leader Candela count on your help?
The second part of the Global Challenge starts now! https://t.co/qb1uZytVFe

The challenge lasts from now until 9 AM PT on Sunday, July 7. Players attending the event in Dortmund must complete one million research tasks together. For everyone else around the world, each team must collectively complete 15 million research tasks before the deadline. When a team finishes, all players from that team will unlock a prize, which will differ in each team: Team Instinct will receive 1-hour Lucky Eggs, Team Valor will receive three times as much XP from hatching eggs, and Team Mystic will receive twice as much XP after Raid Battles. If all the teams manage to complete their research tasks and unlock their prizes, Niantic will reward everyone with Entei appearing in Raid Battles on Sunday, July 14. There may even be a chance to encounter Shiny Entei.

The Pokémon Go Twitter account posts occasional updates on each team’s progress. Currently, Team Valor is the closest to finishing, followed by Team Mystic, then Team Instinct. The Pokémon Go attendees appear halfway to their goal. 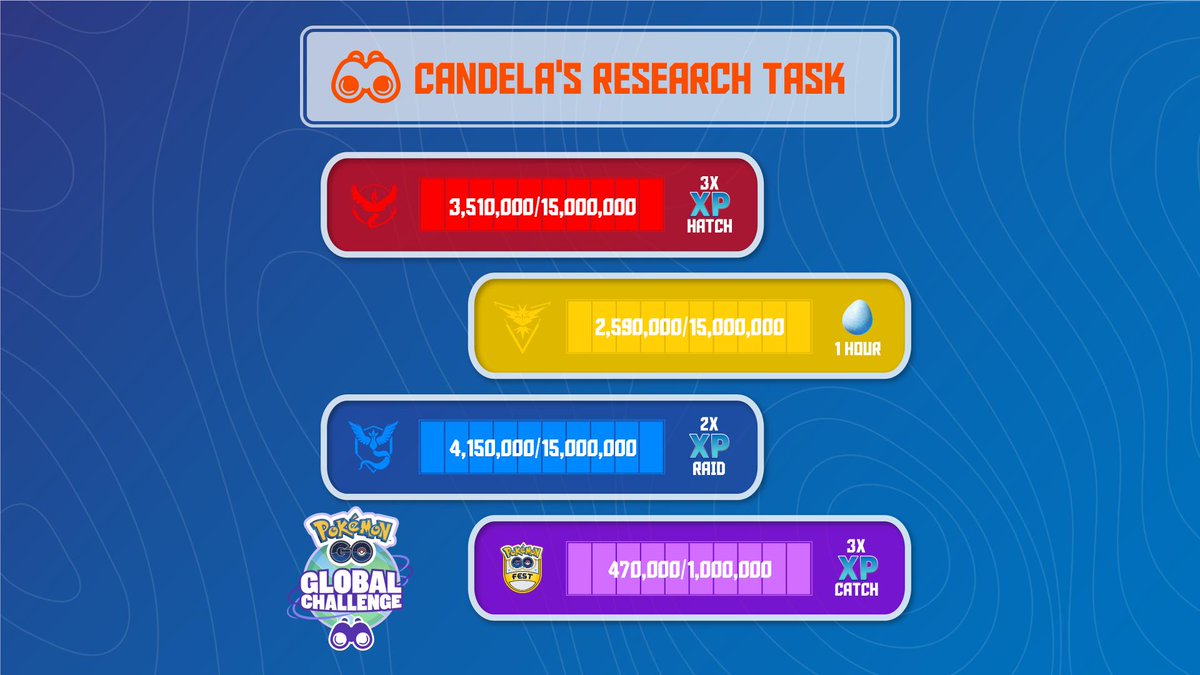 This isn’t the only excitement happening in Pokémon Go this week, as the third anniversary of the game’s release falls on July 6. Until then, players can encounter Pikachu (and Pichu) wearing a party hat. Additionally, Shiny versions of some Alolan forms of Kanto Pokémon can now be found. Niantic also seemed to hint that Gen 5 Pokémon may be making their way to Pokémon Go soon.