The new app for PC will bring with it an immense selection of PS exclusive games to any Windows PC that installs the app. This is a huge step in sony and Microsoft relations as this has never happened before and on such a scale. The titles include Sony powerhouses such as: Uncharted, God of War, Ratchet & Clank, The Last of Us and Journey.

Players who already hold the subscription will  have a wonderful new option to play PS Now’s extensive list of 400 plus games. Sony has even come up with a way for gamers to enjoy the PS4’s unique gaming quality through a new DualShock USB system.

The new device is called the the DualShock 4 USB Wireless Adaptor. It is simple and innovative which will allow players to experience console like play on a PC. The controller system is slated to launch early September for a planed price of $24.99.

The adaptor will allow wireless connection of a DualShock 4 to PC and Mac. All of the amazing DualShock controller features will be enabled this includes: buttons, analog sticks, the touch pad, LED light bar, motion sensors, and of course vibration.

Take a look at the adapter below: 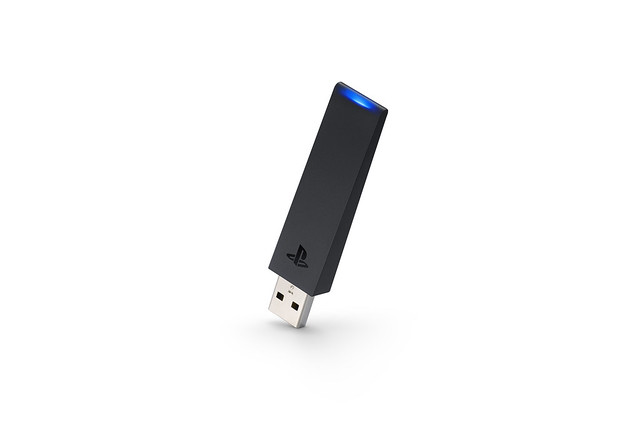 Sony will confirm the launch dates sometime in the near future. In the mean time make sure your PC is up to date to run all of those glorious exclusive titles that await you.