Marching Fire Burns a New Path for Ubisoft’s For Honor

Choose your faction: Viking, Knight, Samurai, or… Wu Lin? That’s right, Ubisoft’s For Honor is getting more than just fire in the upcoming “Marching Fire” Expansion pack. What’s in store for this historical multiplayer faction-based game? Four new heroes in a new faction, two new game modes, and a complete upgrade to the graphics and designs in the game. But the narrator in the trailer for the Expansion Pack is more excited than anybody:

The four new heroes are going to be a part of the new faction, the Chinese Wu Lin. The four characters being introduced are: the two Tiandi (Vanguard Class), Shidou and Ying; the Jiang Jun (heavy weapons class), Guan Yu; the Nuxia (Assassin class), Kaili; the Shaolin (Monk Class), Wei Chang. These new characters will bring the hero roster up to 22.

“Marching Fire” will also bring two new game modes, both equally exciting. In Breach Mode, teams will work together to either defend their fortress or to attack the enemy’s fortress. All while on fire. And in Arcade mode, it can be played either in single-player mode or in co-op to do different quests to work on skills and get new loot. A new take on a classic style.

And the final part of the expansion pack is the updated graphics. The trailer shows off all the before and after shots of where the graphics and menus are going so that everything becomes more polished (and on fire), and easier to work with, especially since the player count has hit 15 million players.

But fire isn’t the only thing that Ubisoft has in store for its players.

Because of the recent milestone of 15 million players, Ubisoft has teased that 2019 will be “The Year of Harbinger”. There had been a live stream to talk about the upcoming “Marching Fire” expansion pack, and at the end of the stream there was this image teased. 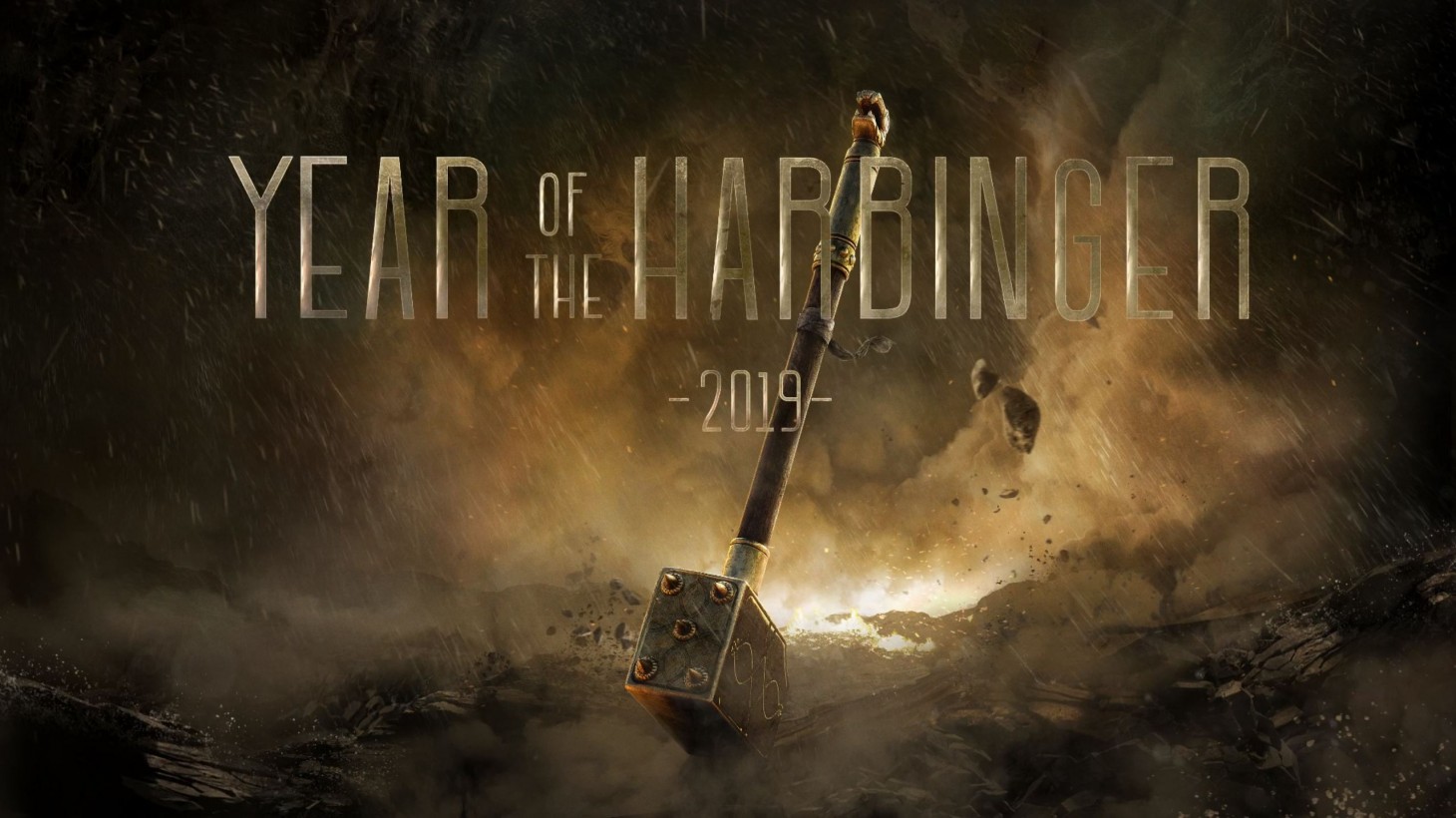 While it’s possible that the hammer could be relating to the Nordic God of Thunder, Thor, the style and symbol on the hammer isn’t right. It could be a new hero, or another new faction, or something else entirely. All players get is a hammer in the ground. It could mean anything and anything goes.

For Honor “Marching Fire” will be available for free to download on October 16 for PC, PS4, and Xbox One. As for “Year of the Harbinger”… it looks like we’ll have to wait.