It’s time to duel, at least that’s what Konami is saying. In honor of the 20th anniversary of the Yu-Gi-Oh franchise Konami has announced 3 new games to be released this year. The announcement, which was made at the 2016 Jump Festa, stated that the 3 games would consist of a mobile game, a Nintendo 3DS, and an online game for PC and consoles.

Back in December, details were released regarding the mobile game. Those being that the game would be available on both iOS and Android devices under the name Yu-Gi-Oh! Duel Links. The announcement made by Konami confirms a Spring 2016 release for this game.

The Nintendo 3DS game is set to be released sometime in the summer, while the PC/console game will be making it’s way out in the winter to close out 2016.

While there were no new details regarding these planned releases, Konami did announce that Yu-Gi-Oh! Legacy of the Duelist will be getting updated in the Winter.

Along with this update it was announced that their current mobile game, Yu-Gi-Oh! Duel Generation, will also be getting an update. 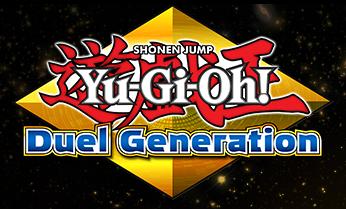 A big year is in store for fans of the beloved franchise which seemingly has no plans on slowing down anytime soon.