The Tropical Vision Battle Pass features new weapons such as the new Oden Assault Rifle, Echo Grenade, and Echo-Tiki Troops shotgun which can be unlocked for free as players progress through tiers. The female cast of operators are part of the premium pass tiers which include Rampage, Park- Survivor, Rivas- Smuggler, and Rosa- Animal Instincts. Previous Battle Passes include at least one or two women Operators, but this is the first time it is entirely composed of all females, which sets it apart from the rest of the franchise games. Park, Rivas and Rosa will also have tropical-themed skins. More premium pass tiers include new weapon blueprints for the AK- 47. MSMC, PKM and the Kilo Bolt-Action. 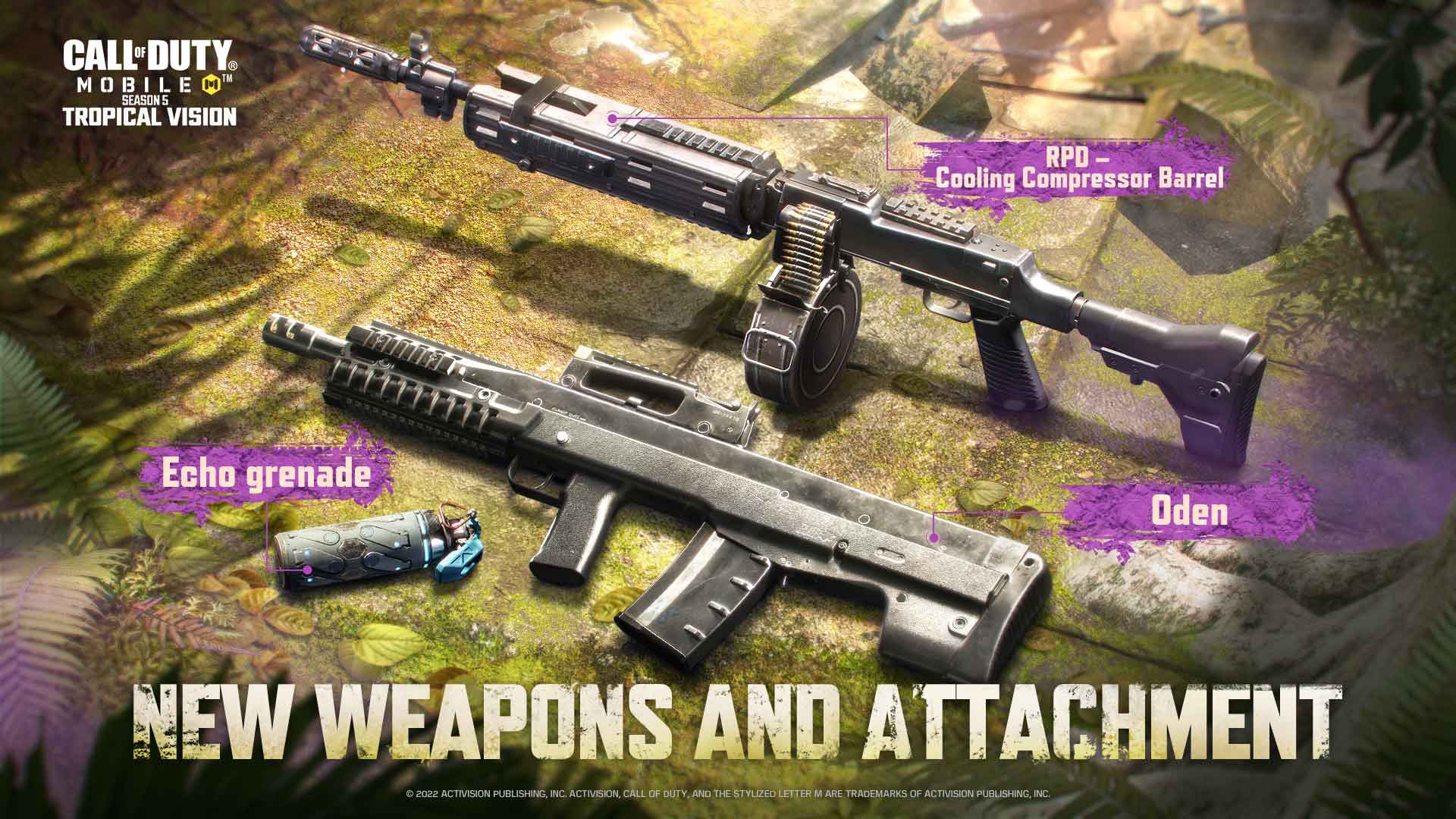 Call of Duty Mobile’s Season 5 comes with a new multiplayer mode and a new themed event to play through. Titled ‘Guns Blazing Encore’, players can transform into a super-soldier, using custom Loadouts to eliminate enemy Operators to be the first to earn 30 points. 1 point is awarded for downing normal Operators, while 3 points are reserved for conquering an enemy super-soldier. Super-soldiers are set apart by benefitting from dual-wield Death Machines and increased health. To become the ultimate weaponized Operator, players must fill a Fury gauge which fill as enemies are taken out.

The new themed event titled ‘Flood Team Bravo’ meets the Battle Royale game mode, calling for players to strengthen water pumps to divert the crisis of a human-made tropical storm which resulted in massive flooding. Completing the event tasks across Multiplayer and Battle Royale earns players event points and progress on the reward track. The final reward is the Soap- Vacay Ready Operator. Call of Duty Mobile Season 5: Tropical Vision will last for about a month and is chock-full of new additions, as well as a user interface and Store update.